The world cup. Your first ever. The nerves as a wreck ready to get demolished – fighting to keep up the polish. And at the other side of the table – the World champion of 2012 – Martin Mojzis.  Icy cold. Completely withous nerves. Picking up a thermos in the middle of the game from his backpack and starts drinking.  – It’s a secret recipe, he says with a great smile. Barrikaden.se was at the World championsship of Carcassonne – with Magnus Anderberg both as reporter and the Swedish contestant.

The swedish contestant Magnus Anderberg versus the czech champion of the world from 2012 – Martin Mojzis – in the first game of the tournament.

When you are attending your first World championship it’s impossible to know what to expect. I got some advice the day before, bumping into the polish champion Tomasz Preuss at the German championship. ”You don’t want to meet the Czech contestant Martin Mojzis, he has been in the final four times and won 2012. He’s kind of a legend, the favourite to win” And, as written in the stars, I sat there at my first game head to head with Mojzis. Eye to eye with the champion of the world. With him beginning to mumbling high and hesitating as the world was in jeopardy, depending on him to place a simple crossroad on the right place. – I really want to get the upperhand in the game. Therefore I use my time in the beginning and play faster at the end. One time I had to place three tiles in eight seconds at the end, but I made it, haha, he explains to me later. And in the middle of the game. With me excited, the nerves as a wreck ready to get demolished – and you fighting to keep up the polish. Analyzing every heartbeat and think I can win because of the time running out – he suddenly open his backpack, reel in a thermos and starts drinking. ”What are you drinking?”, I ask him. ”It’s a secret recipe”, he says with a large smile. And apparently a good one. He wins the game. Neither a blowout, nor a particularly even score. And I ask him what I did wrong. He points at a tile with a simple road on the table as it is a deathpenalty. I look at it and see some kind of small penalty, a minor fine. But I’ll surely never do the same misstake again.

Magnus Anderberg, contestant representing Sweden and journalist from Barrikaden.se at the podium.

But It didn’t work out even for Martin ”The Thermos” Mojzis this time. Eight players ended up with four wins after the preliminary round and struggled for the last place to the semifinals, and Mojzis lost after having the same ”buchholz”(points according to competition) but little more then twelve points less than the former Greek champion Panteli Litsardopolus. And afterwards he came to me, ending up as the 27:th contestant of 34 with two wins in six matches. – It’s your fault, if you had played better I would have the better buchholz and gone threw to the semifinal, he says and laugh. – I would have given you twelve extra points in our game if i had known you needed them… – Hahaha, thank you! – So,tell me, how can I reach your level in the game? – Maybe use your time better. I the Czech championsship we have 30 minutes each, I think that’s good. – In Sweden we have less then here, just ten minutes… – Ahh, that’s not good. In this game you should be able to think, not just throwing out tiles on the board. – Okey, but I’ll be sure to use my time better next time, and find out a ”secret recipe” in a thermos. Then I have the chance to become the champion of the world? – Haha, it’s a good start. And play better, train more! 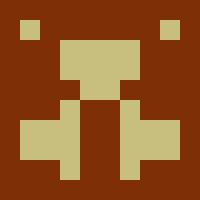